In this project we wrote a script to based on an audio we made talking organically about a topic of our choice, after that we made a dialog based on everything we said and even sounds we made, like laughing and even stuttering. After that, we got to know our script then we filmed each other having the same conversation based on our dialog.

Block – determining where the actors will be on the set and the first camera position (Blocking a scene is simply “working out the details of an actor’s moves in relation to the camera.)

Adjustments – making lighting and other adjustments

Shoot – shooting the first scene (then repeat the process)

Where the camera is placed is determined primarily by what is important in the scene.

a strong movement of a figure is one rising from a chair, straightening up, placing weight on the forward foot, raising the arm, or walking forward. A weak movement, on the other hand, is stepping backward, slouching, placing the weight on the rear foot, sitting down, lowering the arm, walking backward, or turning around and walking away from a figure or object. 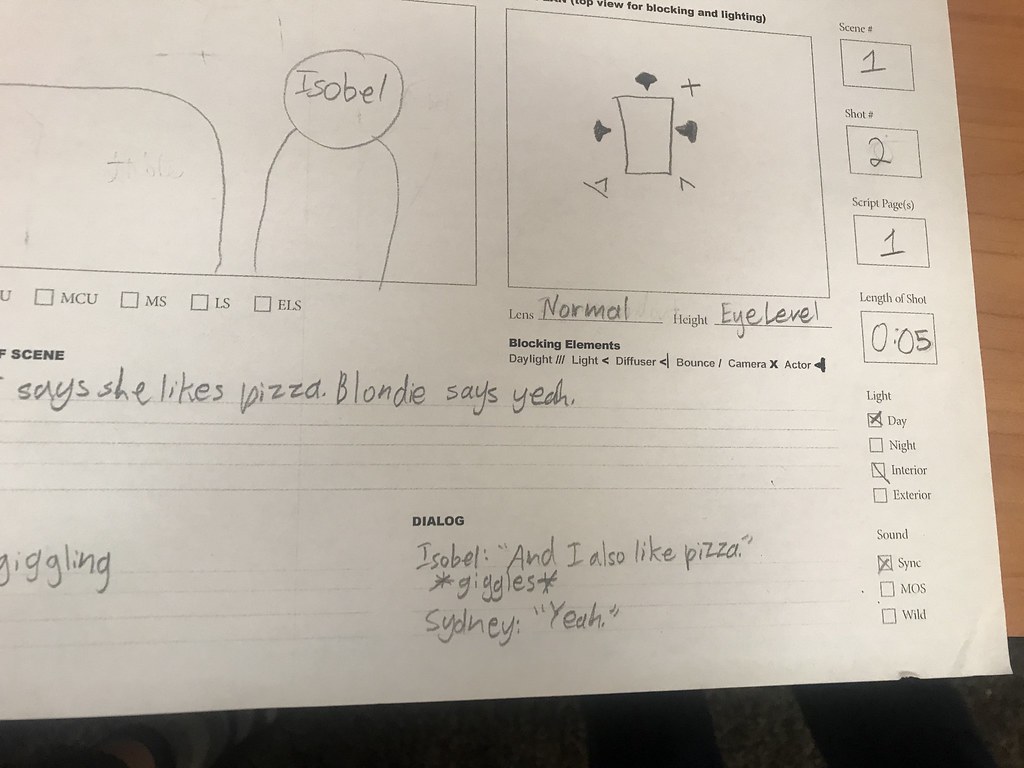 1. Block – determining where the actors will be on the set and the first camera position

2. Light – time for the DOP to light the set and position the camera for the first shot

3. Rehearse – camera rehearsal of the first set-up with the actors and crew

4. Adjustments – making lighting and other adjustments

5. Shoot – shooting the first scene (then repeat the process)

This project has helped me learn how to collab two videos together using Premiere Pro and also how moving the cameras in different positions can make a big difference in film making. I also learned basic blocking and making a successful dialog.